Just as we are set to officially release the seasonal single ‘Street in Winter‘, a US-based music industry professionals network has given the production high marks! Singer/songwriter Donna Creighton received requests for permission to broadcast, alerting us to the accolades.

Special recognition was given to the production of the recording, citing Donna Creighton for Composition/Performance and moi(!) as Producer/Arranger. ‘Street in Winter‘ was recorded in 2012 in anticipation of releasing for the 2013 winter season. The advance interest has been very rewarding making the wait worthwhile. Appearing on the recording with Donna is Stephen Holowitz on keyboards, Paul Stephenson on trumpet, Julia Hambleton on clarinet, Ian McKay on drums, Louise Fagan (moi!) on vocals, with our dear friend the late Kevin Muir playing bass. The song was recorded at EMAC Studios.

musicxray 21st Century A&R specializes in connecting commercially viable musicians with industry professionals. Once a song is approved for submission, it is sent to producers who rate the song’s appeal, production values and marketability. If the song receives a high enough rating, musicxray recommends the song to targeted broadcasters. We are thrilled to announce that ‘Street in Winter‘ received the highest ratings! YIPPEE!! 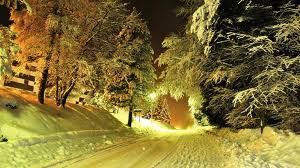 Further exciting broadcast announcements will be made next week – but this one, well, we couldn’t keep it to ourselves! ‘Street in Winter‘ is just like the lovely meander down a wintry street the lyrics describe. It is destined to be added to everyone’s holiday playlists!

For an advance listen please visit Donna’s Reverbnation site. You can also purchase it for only 99cents! If you choose to buy the song, you will be making an important contribution to the continuing development of new music. And you will be able to sing it anytime you want – on a wintry drive, while ice skating in your backyard rink, decorating your Christmas tree or lying on a beach on a sunny island somewhere South! 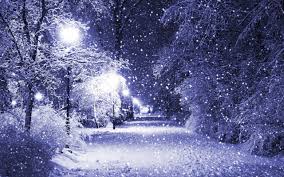