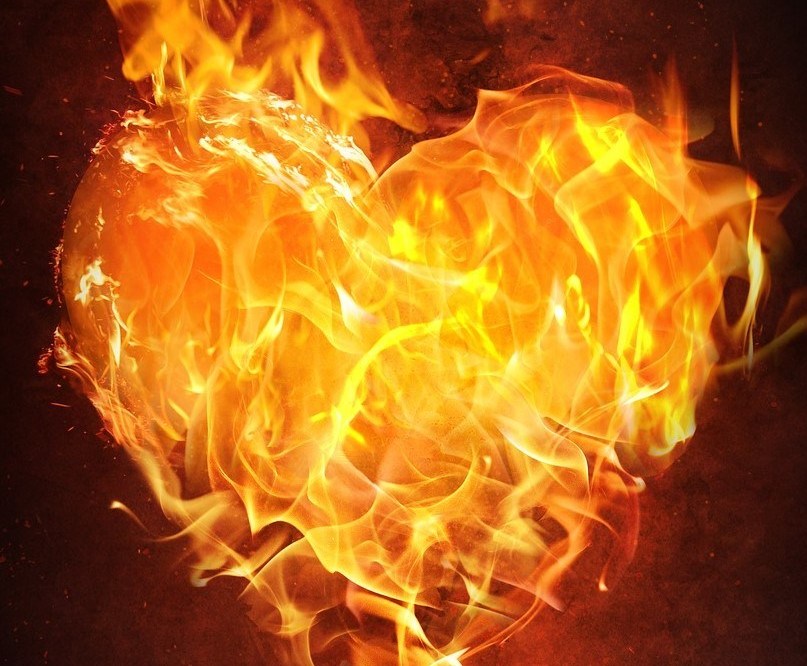 My recent posts have explored the role boundaries play in creating healthy relationships, first for and with myself, and then with the rest of my world.  These essays have looked at the ways respect lives at the root of every healthy boundary we set, to define how we are treated, what we stand for and how we treat others.  Trouble can occur when someone we work or live closely with, does not respect these clear relationship parameters.

Even after seeing the 1938 classic movie  ‘Gaslight’ starring Ingrid Bergman, I would have described ‘gaslighting’ to be a horror movie concept, not understanding it as a real, day by day, insidious psychological form of emotional and mental abuse . Over the past decade, numerous publications about gaslighting, have surfaced on wellness and health improvement websites but honestly, I still didn’t fully understand what it meant to fall prey to ‘gaslighting’. Until one afternoon over a long cup of coffee, a close friend revealed how her boyfriend had initiated months of psychological abuse.  ‘Nora’ has allowed me to share bits of her story throughout this boundary exploration. It turns out, Nora’s experience is a classic example of gaslighting.

According to the National Domestic Violence Hotline , “gaslighting is an extremely effective form of emotional abuse that causes a victim to question their own feelings, instincts and sanity”.  It is strategic, intentional, and often impossible to identify when it starts, until you are well engaged in an otherwise happy relationship – which by then it’s often too late, as self-doubt has set in.

When Nora first started dating her boyfriend ‘James’,  he was attentive, fun, kind, and romantic. As is typical when relationships last longer than that first heady stage of new love, there was an explainable and seemingly healthy shift to a less intense stage. It was around eight months that in retrospect, Nora experienced the start of sporadic challenging mental and emotional incidents. James would be warm and affectionate, then suddenly cold and withdrawn. He rarely if ever complimented her anymore on her appearance or her achievements, which on its own she didn’t feel was really a big deal, but he often complimented other women when Nora was present. And if it wasn’t in words it would be very approving looks, gazes that held too long, with little winks or a charming smile. I asked her if she said anything to James. And she admitted she hadn’t. Because it made her feel petty. And overly sensitive. But it was hurtful. What Nora couldn’t fathom until much later, was that it was also intentional.

The odd behavior started to ramp up. One evening after work, they were happily on their way to meet his co-workers and their spouses for drinks.  Upon arrival at the bar, she quickly realized that she was the only significant other in attendance. Her boyfriend said jokingly, ‘Nora doesn’t let me out without her.” A funny remark until she had the feeling, that James enjoyed seeing her squirm as his co-workers laughed. When she questioned him later, he brushed it off saying it wasn’t a big deal. And it wasn’t. Until the next time when they showed up to meet a co-worker and his wife for dinner. Or so Nora was told. It was again, just James’ co-worker. When his friend said outright, ‘if I had known you were coming Nora, I would have invited Sarah’, Nora says she looked in confusion at James who again feigned ignorance remarking ‘Nora never misses a chance to eat at a restaurant.’ Nora says in the moment, trying to keep things light, she laughed too. But then responded by saying ‘Obviously, there was a misunderstanding about tonight. I have no problem with James going out.’ Which again, made her feel incredibly awkward to respond and react to a purposefully challenging situation that was not of her making. And which her boyfriend took noticeable pleasure in watching. (Plus, did he just ‘food shame’ her??!!) Now it was becoming a ‘thing’.  I asked her why she kept going? She candidly responded, “I have no idea! We weren’t going out a lot so it’s not as if this happened two or three days in a row. Between these moments, our relationship was pretty much, well, normal”.

This is the success of gaslighting. It is a long game.

The weirdness however continued to escalate. Besides mis-representing her to his co-workers, he started doing the same when they were out with their mutual friends and family. At every opportunity, he would volley between being overly critical of pretty much everything  she said or completely ignore her when she spoke. The same fun-loving man the group enjoyed being with would treat her with a kind of contempt that would be masked by mean-spirited teasing. It was around this same time that she began catching him in little lies. Usually about really inconsequential things. Nora began to realize there was a bigger issue at play.

Okay, so I agree the guy sounds like a jerk. But does that make him a ‘gaslighter’? Passive aggressive for sure. Maybe even a tad narcissistic. But capable of long term psychological warfare? Every couple bickers in public sometimes and don’t always treat each other with proper respect. We can’t always be on our best behavior. I have to confess, I still didn’t really believe this was gaslighting. Besides, what is the point of gaslighting anyway?

In reading articles for this essay, the examples given were extreme cases where the abusive partners were highly manipulative with a targeted viciousness which left the victim an emotional wreck, a mere shell of their former selves. But that is not always the dynamic. Because just as every work, family, love relationship is unique, so are the ways that this psychological undermining, manifests. What is the same in all cases, is that it is about power. One person wants control over another. This power can be to enact more abuse, or it can be to hide something – such as financial problems, legal issues or affairs.

Nora completely understood my hesitation, revealing that it took an unexpected conversation with her brother, to fully see what was happening. They were at a family event when her brother pulled her aside, questioning Nora about James’ erratic behavior. He described watching Nora defend herself against the nasty jabs by laughing it off to avoid a confrontation. Then abruptly, James shifted  his attention to everyone in the room but Nora. He noticeably withdrew, was cold and dismissive. Nora opened up to her brother about the increasingly confusing and often mean behavior, including the newly realized lying.  For the first time, Nora could discuss her concerns because her brother had witnessed it. ‘For the longest time, I thought I was over-reacting, or it was in my head. James would say I was too sensitive or he would shake his head in disgust like I was reading into things.’  Her brother simply said, ‘Nora, this isn’t how we treat people we love, and it isn’t how you deserve to be treated.’ Nora knew this was the truth.

My friend Nora is a really strong person with a history of healthy relationships. She was ready for this conversation with her brother because she realized the relationship was unhealthy.  Once Nora had made the decision to no longer accept this treatment, she became less emotionally dependent on her boyfriend. This distancing gave Nora a clearer perspective as she saw through his behavior, stood up for herself and finally left.  It was not until she was out of the relationship, that she discovered James had kept up this disturbing behavior in part, to hide a series of inappropriate relationships with other women. A charming manipulator, he formed emotional bonds with other women, many times turning physical and always leaving the woman feeling that ‘he really understood’ them. The little lies Nora had called him on in their relationship, had foreshadowed something much bigger. Classic.

And this is why I have subtitled this essay ‘Be a Nora’. Anyone of us can fall victim to gaslighting. At work and in relationships. Age, gender, race, it does not discriminate. Gaslighting is only successful, if you doubt yourself, lose your identity and become completely undermined by the perpetrator. Nora never allowed this to happen. Even when giving him the benefit of the doubt or a third and fourth chance, she never stopped listening to her own intuition. In retrospect, Nora would say she stayed in the relationship too long. But I think she is a bit hard on herself. She did not accept his bad treatment. She did not accept his insults. And eventually, she did leave.

After hearing Nora’s story and reading a lot of articles about gaslighting, I do believe this is what Nora experienced. The textbook cases are extreme examples, but this behavior can manifest in any type of relationship – work, family, love. It doesn’t have to be extreme to be damaging. Besides, love relationships, especially, should be fulfilling not undermining.  If any of this story rings true for a relationship you are in then do some reading, talk to friends, and ultimately if you aren’t treated well, then Be A Nora, and leave.

And one last important note: This essay is for my own personal discoveries about boundaries. I am not a mental health expert, nor is this article intended to offer advice or mental health related treatment suggestions. The National Domestic Violence Hotline provided excellent information for this piece. This 24/7 support network can be reached at http://www.thehotline.org/

View all posts by Louise Fagan