Music is the first language I learned. Besides providing the soundscape to my life, much of my work integrates music music music! Here are a few of the things I’m presently working on, as well as a peek at my past music projects – you may notice, incidentally, that they fit into both ‘intimate conversation with an individual artist’ & ‘full dialogue with a team’ categories….

Donna is a producer’s dream client! Talented, focussed, driven, her music grabs you and doesn’t let go as it takes you on the ride of your life. Formerly in the hit folk group Sirens, Donna has struck out on her own with an unprecedented collection of new contemporary funky offerings. We’ve been in the studio (thank you EMAC www.emacstudios.com) working on her latest, with a new release set for the end of February. You will hear it first here. Stay tuned!

My role as Executive Producer of the Bach Music Festival of Canada introduced me to an extraordinary community, Exeter Ontario Canada, who pitched in for two years to develop the inaugural Festival held July 2011. Sold-out concerts, line-ups out the door and around the corner, rave reviews, national and international attention, not to mention a stellar line-up of world class musicians – the bar has been set! The 2nd festival will be held July 13 – 20, 2013. Find out more about the Festival here www.bachmusicfestival.wordpress.com 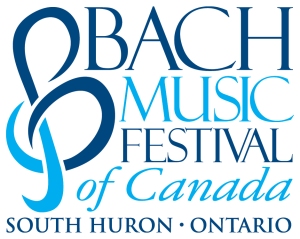 Released in 2009, this compilation recording features an eclectic collection of covers and originals performed by a richly diverse group of women. From standards and classics to rock and folk, the songs are uniquely woven into a stunning tapestry. They were a joy to produce! This recording is available for purchase.

Brainchild of former Huron County United Way Executive Director Kimberley Payne, this CD supported the work of musicians living in the rural areas and towns of Huron County. An extraordinarily talented group of women worked on individual music projects that matched their style/voice with songs (originals and covers), workshopped and rehearsed, recorded in studio and released at a launch party to a sold-out crowd! Recorded with the care and guidance of Glen Teeple (www.themusicroom.net) This recording is available for purchase.

Legendary Canadian Producer Jack Richardson was at the helm of our recording of the hit solo show Jazzabel, featuring Denise Pelley. With Don Geppert at the controls, this ‘live off the floor’ recording captures the smooth silky atmosphere echoed on the stage. Jeff Christmas, arrangements/drums, Mitch Tyler on bass, and Steve Holowitz on piano. This recording is available for purchase.

Jack & Don in the session.

Jack at the end of the day. 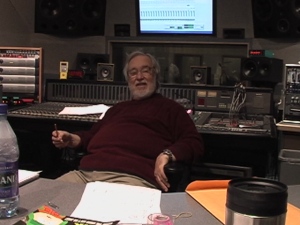