-the impact story celebrating the efforts of the Obama Foundation led initiative, My Brother’s Keeper, in the Upstate of South Carolina

In Development – Producer/Writer (Coming in 2019)

-school, health, community practitioners who work with teens, gather for a day of intensive study, listening, learning and sharing

-multi-discipline performance telling stories of the women of the Upstate of South  – Carolina through poetry, song, spoken word, dance.

Heroines of the Sexual Gothic (Premiere) – as Director & Co-Producer

Thief Moods in D – as Creative Friend Along the Way –

Donna Back From the Dead Tour – as Vocalist

Heroines of the Sexual Gothic (Development & Workshop) – as Director

The Art of Telling your Story (Lecture) – as Guest Speaker

Developing Your Story  (Workshop) – as Instructor

How to Tell Your Story (Lecture) – as Guest Speaker

Under An African Sky (Producer & Director)

The Trilogy -Festival of One Woman Shows (Producer & Director)

The Shimmering Verge (Producer and Director)

I sing the Body Electric

The armies of those I love engirth me, and I engirth them

They will not let me off till I go with them, respond to them,

And discorrupt them, and charge them full with the charge of the Soul

To be yourself in a world that is constantly trying to make you something else is the greatest accomplishment.

What a summer! A move to a new country; continuing to work with extremely talented artists – writers, creators, actors, musicians; the Bach Festival continues its important planning for 2015; ADA the Opera is moving in tremendous new directions; I am connecting with new arts organizations and creative instigators in my new home; and those who know me will understand my need to share this, I am one of the newest members of the United States Library System-  Yes I am the proud holder of a library card!

In this whirlwind of new adventures I am deeply appreciative of the creative conversations that shape my life path. In 2012 Canadian author Susan Swan and I filmed a series of conversations about writing, the creative process and her book What Casanova Told Me. I often revisit these short videos that offer tasty morsels of insight into the writer’s creative process. Worth watching for all artists!

Here is a link to the videos – I hope you enjoy!

The Bach Music Festival of Canada has ended for another season. What a fabulous summer of music, concerts, rehearsals and events! The Festival’s roster of international talent continues to put our summer music series on the musical map! Visit www.bachfestival.ca for updates in the weeks ahead about our next Festival!

There are new adventures on the horizon! In the next couple weeks, the new play The Dream Life of Teresa Harris, written by Penn Kemp, opens in London, Ontario Canada! A lush telling through story, music and a bit of Victorian magic, of the singular life of adventurer and spy Teresa Harris (played by Donna Creighton)! www.teresaharrisdreamlife.wordpress.com

ADA, the Opera based on the life of mathematician Ada Byron, Lord Byron’s daughter, continues its development! Our New York City based team of collaborators just had a read through of the most recent draft and are now heading into important final editing stages. Orchestrations continue, and if the signs continue to be right, we are heading to a workshop production in early 2014!

And finally, my personal projects continue! With the support of a highly regarded international literary agent I have begun a writing project that has waited a few years for my attention. I can’t wait to share the details!

The projects and productions that have been nurtured and stoked throughout the winter continue to find an audience. 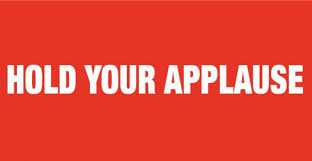 The Western Light,  author Susan Swan, continues to receive an extraordinary amount of attention. If you recall this book is a prequel to Swan’s international hit The Wives of Bath which was turned into the award winning Sundance darling Lost and Delirious.   With this ongoing hot interest it will be exciting to see what transpires in the coming months!

Besides our work on the launch of The Western Light, Susan Swan and I have continued our  development of the staged production Heroines of the Sexual Gothic featuring Swan and the all female opera noir quartet The Billie Hollies! With development support from the Canada Council, this project has spent the past 4 months in an incubation period of intense creative sessions with Swan, myself and the fabulous composer Donna Linklater (of the Billie Hollies) in Toronto Canada. Now with a premiere showing at the Circle, Brescia College, University of Western Ontario, we will have a first look/listen/learn in front of an audience. If you are in London Ontario Canada on May 2nd, join us! (www.thecircle.ca)

In my personal writing, a book idea that was put to the back of the shelf a few years ago due to the needs of other productions, is now back on my desk! It is thrilling to return to a project and assess its merits for today’s audience. Quite a number of my private writing clients have reached the publishing stage with their work, so it is time for me to do the same! More updates to be announced.

Speaking of private clients, I am thrilled to announce that musician Jocelyn Drainie has released her LIMITED EDITION CD titled Thief – Moods in D. This is a lush collection of compositions inspired by the heart-wrenching loss to dimentia, of her dear husband Douglas. Just released 2 weeks ago the cd has already received attention from the New York Times! The strength of this music is in its appeal beyond the personal journey of Drainie. These are gorgeous astmospheric selections! For more information or to purchase a $10 CD (yes I said $10!!!), please contact Jocelyn Drainie at jocelyndrainie@bellnet.ca.

Other updates include a television project  in development and the continuing adventures of the Bach Music Festival of Canada! Besides my work, it is inspiring to see my friends and colleagues reach successes with their creative work. Many of these productions are years in the making, so to reach the stage, screen, studio or book is an extraordinary feat! Congratulations!

Winter is my creative cocooning time! With plans to be in Canada and the US, I’m looking forward to collaborating with colleagues, continuing the conversations with private clients, researching new projects that are in their early stages of development, and working on some new personal projects that will be revealed in the early New Year.

Here are some quick updates on Fall Projects –

2. ADA – Google gave our Ada Lovelace the biggest endorsement, with a GOOGLE DOODLE on her 197th Birthday!

3. Heroines of the Sexual Gothic – two proposals were submitted for major US and Canada opportunities, as well, our next phase of creative development has begun. YUM!

4. Private Clients – three songs recorded, mixed and mastered; one book final draft completed, ARC to selected readers; one collection of music in final mix soon to be mastered; all mining for audience!

5.  To be sung in your heartiest loudest voice: And a partridge in a pear tree!

Donna, Back from the Dead Tour What a weekend of shows – and now more to come! Details to be added soon but look for us near you in the New Year. Yes, us, cause yup, I can be seen on the stage grooving and harmonizing with the band.

The wonderful and talented Donna Creighton is returning to the stage after a long unexpected hiatus due to a terrible car accident over 4 years ago. Her London ON show launches her newest material, which I had the good fortune to studio produce. It’s been a long time in the making as Donna has been sidelined by intensive physio therapy, many months of pain and frustration – which has given her a new joyous perspective on living life to its fullest. This shows in the music! With an incredible music team on stage, the London Show is scheduled for Friday November 9th, AEOLIAN HALL. Tickets are $20 in advance, $25 at the door, 8:00pm showtime. http://www.aeolianhall.ca  (Psst – I’m singing back-up!)

ADA – a full-length opera based on the life of Ada Lovelace Byron (1815-1852), a mathemetician and scientist. She was the daughter of the poet, Lord Byron and developed the first computer language.  My role is a creative development producer (yummy!!), with  Composer extraordinaire Kim D Sherman, Librettist Margaret Vandanberg, Music Director Kimberley Grigsby, and the most fabulous director Lisa Rothe. What a team! What a huge undertaking! ADA had a workshop production in New York as part of the Contemporary Opera Workshop this past spring. Future dates to be announced – Kim is busy with the orchestration, lush and gorgeous!

Heroines of the Sexual Gothic – yes it is as exciting and exhilarating as it sounds. Based on the characters of Canadian author Susan Swan’s novels including her just released hit The Western Light, this production incorporates the all girl folk noir quartet called The Billie Hollies! I will be announcing New York and Toronto production dates in the coming months. Check back often!

Bach Music Festival of Canada – we are gearing up for the 2nd Festival! It’s hard to believe that 16 months have passed since the first Festival. So many exciting announcements regarding the program to be announced – we will be making our formal announcement in January 2013.

Canadian Urban Forest Conference – this national conference discussing ‘people and trees’ garnered the ‘best Conference we have ever held’ after its completion October 5 2012. With delegates from across North America this bilingual conference gave opportunity to professional, industry and community groups to explore collectively the many issues surrounding trees. It was a fabulous 4 days -the next Conference is in Victoria, British Columbia in 2014!

HUGE SUCCESS! Have you read this book yet?  stripped down running – Canadian author Andrea Nair

After solid months of editing, Andrea Nair’s stripped down running has  just been released as an E-Book! Visit Andrea’s site   www.andreanair.com for details on where this book can be purchased including online and e-book versions.

This sculpted presentation features a backdrop of lush images, a soundscape of live music, as Susan Swan explores women’s circumstances as prismed through 3 of her characters who each inhabited a different Century and place.

Heroines of the Sexual Gothic is in development and was presented a workshop fundraiser for the Toronto Women’s Bookstore in late spring, 2012.

A series of podcasts of Conversations between Susan and myself are available through Susan’s website, at www.susanswanonline.com

Donna and I just completed her time in the studio recording 3 new songs intended for release in March 2012.  ‘Unabashed’ is how I would describe our approach – take no prisoners, make no apologies, and make music in the way that makes your toes curl and heart soar!

Workshops, lectures and presentations feed the performer in me! I enjoyed last year’s Bitchfest – It’s All About Me! immensely, so was very happy to be asked back for year 2. If you would like to join us, registration is limited – enroll early! www.wisewomanevents.ca This year the event is June 9, 2012.

After the extraordinary success of the 2011 Festival, we have our work cut out for us! The planning, development and strategizing around the 2013 Festival has begun in earnest! For more details, visit us here: www.bachmusicfestival.wordpress.com