And sometimes, the expected sublime becomes the unexpected terrifying. This is when trust, faith and courage become our most important allies.

Here are some of the adventures I’ve taken. Most are a combination of the terrifying, the jaw-dropping, the exquisite, you get the idea… 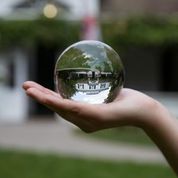 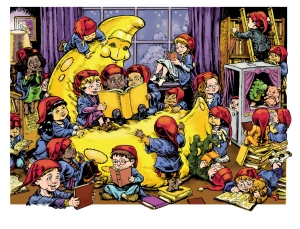 Goodnight Angel is a registered Charity developed in 2009, designed to offer stories and lullabies to children in hospitals across North America. Goodnight Angel has endeavoured to implement, free of charge, this application at the beds in pediatric wards. Originally conceived as an ‘mp3 at every bedside’, the program is now exploring online options to facilitate ease of service to any child, any where! For more information on Goodnight Angel, please contact Louise directly. (original artwork by Rod Keith)

Under An African Sky (Producer & Director) –

Held for two consecutive years, Under An African Sky raised funds in support of the Stephen Lewis Foundation. A dedicated team created an evening of song, story, visuals, heartbreak and hope with guests such as The African Children’s Chorus, Shad and Stephen Lewis, among many others. 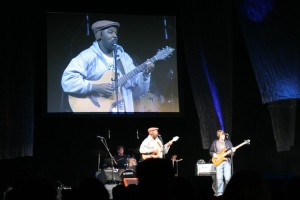 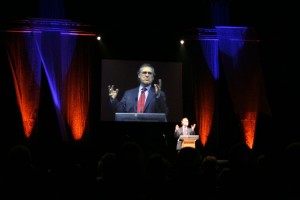 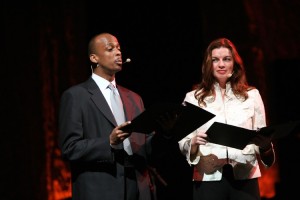 A short film based on the first chapter of the acclaimed book ‘Father’s Touch’ written by Donald D’Haene, this film received a Top 50! designation on Triggerstreet, the online film competition founded by Kevin Spacey.

Inspiring A Dream (Creative Producer) – A Celebration to honour the Olympic Athletes from the 2010 Olympics, this multi-discipline event included a show of ice, music, video and our star Athletes! 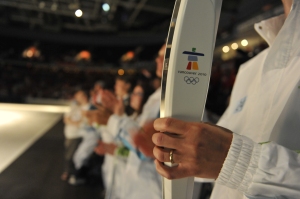 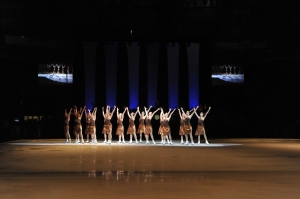 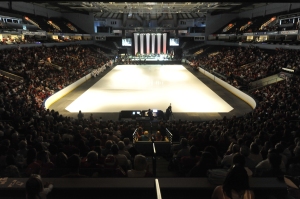 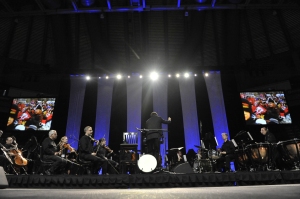 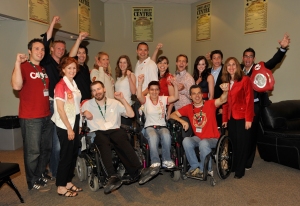 Olympic Torch Relay (Creative Producer) – On the long journey across Canada, the Olympic Torch Relay made its way to London Ontario, Christmas Eve 2009- just weeks before its final run into the Opening Ceremonies of the 2010 Olympics! A wonderful video montage was created by Allison Gibson,  of the London Christmas Eve Celebration that saw 10,000 Londoners gather in Victoria Park London Ontario to witness the excitement. Watch the video here: http://youtu.be/8QcLg2_B08E 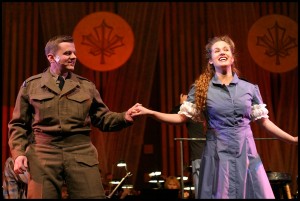 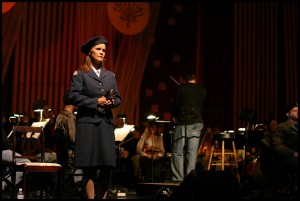 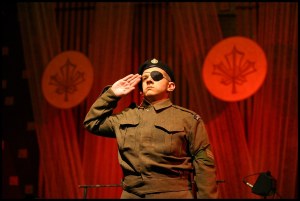 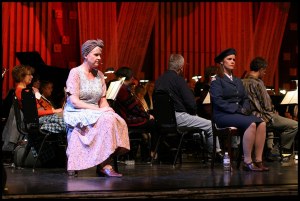 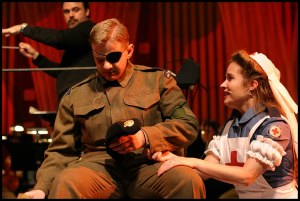 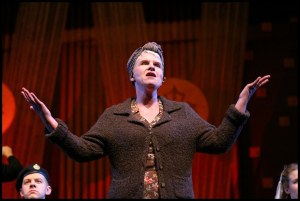 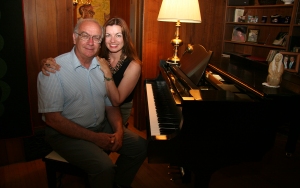 First, we were a Festival celebrating the accomplishments and contributions of women in the arts – the pioneers and the present day. (that’s my father Gerald Fagan and I, the original In Good Company Artistic Director and Producer)

Then we went into the studio to record ‘In Good Company’ featuring women giving voice to their stories in song- amazing array of talent!

Our 3rd ‘In Good Company’ incarnation was  Festival #2 celebrating the contributions of New Canadians to our cultural landscape, on the stage with established artists. What a fantastic journey. I wonder where ‘In Good Company’ will go next….

The Trilogy -Festival of One Woman Shows (Producer & Director) – Each of these productions was created for its own purposes, without the initial motivation to produce a Festival. When I realized we had 3 fantastic offerings of solo shows with tremendous public appeal, the idea for the Festival was launched. The shows played to critical acclaim in individual productions as well as in the scope of the Festival. Productions of the Festival were at the National Museum of Women in the Arts, Washington DC, and at Urban Stages, New York City, NY. The Solo Shows played in Toronto, London, New York, Blyth…a diverse and extraordinary series of performances. 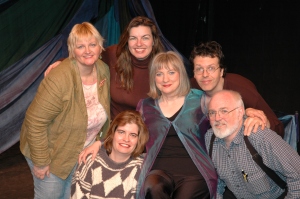 Jazzabel (Producer & Director) – Starring Denise Pelley, written and co-produced by Jacquie Gauthier, composed/arranged/music direction by Jeff Christmas.  Set design by Eric Bunnell; Costumes by Bonnie Deakin. A success in Canada and the US! 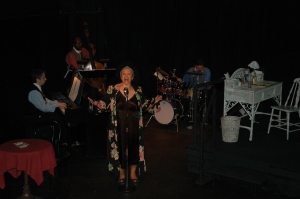 The Shimmering Verge (Producer and Director) – Written by and Starring Molly Peacock, Music by Andy Creeggan, a fantastic creative journey from idea through to the realization of an artist’s work based on her poetry, life, love and adventures. 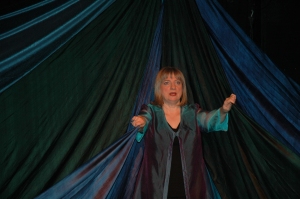 A ‘tour de force’ of intelligence, warmth, heartbreaking honesty and personal redemption. (Photos below show Molly bathed in the swaths of The Shimmering Verge, designed by Kelly Wolf; the second photo is Molly & Andy. They were wonderful.) 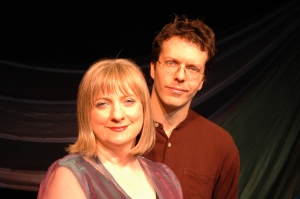 Nona (Producer & Director) –  Victoria Roberts brings her character Nona to life with charm, intelligence, wit and grace. A complex loveable original Australian octogenarian whose musings on life were embraced with every audience. 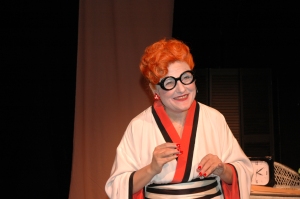